It’s not easy to say ‘no’ to something especially when everyone else is saying ‘yes’. Sometimes, it’s not easy to stand up for what you believe in. We are all afraid of being unpopular and of ending up with no friends because we want different things from others, or because we have different ideas or beliefs. It is not easy to put yourself out there, because of the risk of being judged negatively, or teased.

When I was seventeen, I went on a student exchange with a group of people from Sixth Form. We were fifteen in all. The three teachers who came with us said that we were to stick together at all times. A plan was prepared for us, but it soon became clear that the louder subgroup of ten people would be controlling much of the trip. They demanded changes to the plan. If they decided we were to be out a certain time – it was arranged. If they said we had to go shopping on a particular day, it was arranged too. I don’t know what happened to the teachers – maybe they too did not want to seem uncool or unpopular with us teenagers, or maybe their reasoning was that the trip was for us to get what we wanted out of it, however they seemed to think that the dominant ten were speaking on behalf of everyone. They never asked if others had different ideas. And we never told them.

One evening, going to a party was suggested. The teachers agreed to let the group go alone, on condition of sticking together. There were lots of dodgy-looking people at the party. A group of guys who looked a bit older than us, were smoking what smelt like marijuana. They approached our group, became friendly with us and offered it to us. I had been annoyed at myself for not having been assertive throughout the trip. Now was a real chance to assert myself. I refused trying marijuana every time they offered it. I refused it even though some members of the group were teasing that it wasn’t harmful or anything special. There was one other girl who refused it, too. At the end, one member of our group asked us, “Aren’t you embarrassed to be the only two who didn’t even try it? We all did…” “Not at all,” I replied, quickly ad honestly, “On the contrary, I feel proud to be one of the only two who did not try it.” I don’t know who was more surprised at this new-found assertiveness – her or me!

Things to Think About:

The last 2 years of my life have been terrible. Since my parents are separated and my mother decided to solve her problems with alcohol, I’m living...

With the advancement of technology, games have also become increasingly complex – just take a look at virtual reality!  As games become more...

With each day we constantly process and develop social skills and emotional experiences as we try to lead happy, healthy lives.  Sometimes our...

What is Cyberbullying? Cyberbullying is bullying which occurs through Information & Communication Technology (ICT). The devices used to...

Physical Exercise – by Peter aged 16 I am an exercise freak; I just can’t get enough of it.  I am not sure what it is about exercise but I know...

With each day we constantly process and develop social skills and emotional experiences as we try to lead happy, healthy lives.  Sometimes our... 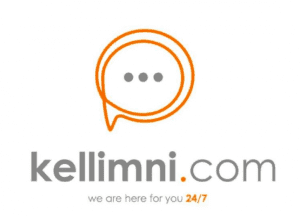